This is the first report of the Children’s Commissioner’s inquiry into child sex abuse within the family and its network. Although child sex abuse is the subject of considerable public concern, abuse within families has been largely absent from the national conversation. This is despite the fact that the majority of victims are abused by someone within their family network, which has a particular impact on the victims themselves and the entire family structure. This report is a critical analysis of the scale and nature of this form of child sex abuse, bringing to light revealing statistics about the extent of abuse known to authorities and estimates of that which goes unreported. 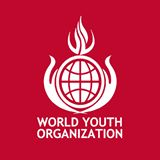 Bullying and violence in English schools has plummeted in the last decade, a major new study has revealed.

The new figures come as part of the government’s continued drive to deliver an excellent education for every child – and make sure teachers have the tools they need to tackle bullying and violence in schools.

A range of tough new powers have been introduced since 2010 to enable heads and teachers to retake control of their classrooms. On top of this, the government has pledged to train every teacher in not just how to tackle serious behaviour issues, but how to deal with low-level disruption that stops children from learning properly.

Strengthened measures already in use in our classrooms include:

Teachers also now have greater powers to tackle cyberbullying by searching for and deleting inappropriate images on mobile phones and tablets. In addition, £3.3 million is being made available this year to charitable organisations to help tackle bullying and provide support for those who are bullied. This is on top of the £4 million provided in 2013 to 2015.